A Gift To Humanity 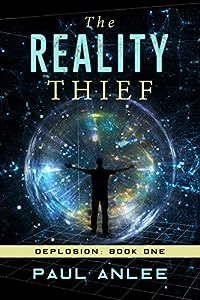 What if you could command the physical laws of the universe?

The already controversial Dr. Darian Leigh has outdone himself this time with a magnanimous gift to humanity: a device that can create whole new universes and alter the laws of physics. The theory alone sets the worlds of science, religion, and politics ablaze. Now, if only he could get it working. Little does he know, it already does. Lines between good and evil get blurry when a misguided lab associate and the scheming leader of an influential church join forces to harness the power for the glory of God. What — or who — are they willing to sacrifice to possess the machine? Mired in secrets, betrayal, good intentions, and murder, the struggle to control it will rage for eons.

This is far better than Asimov – Reid Minnich, author of The Koinobi Trilogy.
The best Sci-Fi I’ve ever read – Scarlett Braden, author of Harvesting the Hummingbird.
This is no mere science fiction book… you won’t want to put this book down – Goodreads reviewer.
A provocative, fun ride! – Amazon reviewer. 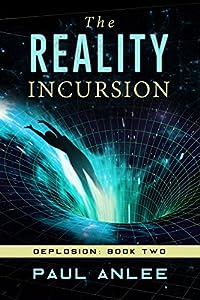 One in a thousand will be saved. Are you on the list?

Dr. Darian Leigh is missing, presumed dead, and the “Eater” microverse he created is about to destroy Earth. His protégés, Kathy Liang and Greg Mahajani, race to solve the mysterious anomaly. If they can’t figure it out, they’ll need to convince world leaders to colonize the asteroid belt and save as many people as they can. Will Alum, ruthless leader of the powerful YTG church, use his resources to help, or will he exploit the growing chaos to launch his reign as the Living God? There isn’t much time and they can’t save everyone.