You go through life and you try to make good choices, but sometimes you fail. Today is one of those days for me. The feeling of regret is sinking in and I wish I had done the right thing when I had the chance, but unfortunately it is too late and I must live with my decision. Lesson learned. I was weak though. I know… no excuses. But how the heck am I supposed to eat the cheese quesadilla without sour cream? I had no clue sour cream could go bad. IT’S ALREADY SOUR!! If anything, it should go fresh. Whatever. Oh my tummy hurts. I still have to go out in the world and pick up the baby bassets from school. I might have to call in a favor. 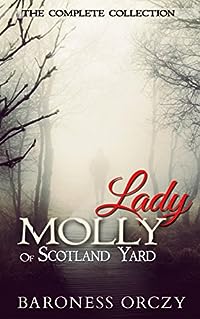 From the author of The Scarlet Pimpernell, comes a series of 12 stories featuring one of literature’s first female detectives. Molly Robertson-Kirk a.k.a. Lady Molly shares the same mental prowess as C. Auguste Dupin and Sherlock Holmes but brings a woman’s wit to the table making for a formidable crime buster. Join her as she solves the crimes that plague the hills and highlands of Inverness, Scotland. 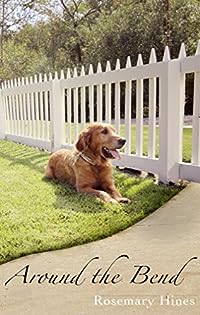 Around the Bend (Sandy Cove Series Book 4)
by Rosemary Hines

The carefree days of summer bring an unexpected turn in Michelle Baron’s life when her former student (and the birth mother of their adopted son) returns to Sandy Cove. What is Amber Gamble seeking? How will it affect Michelle and her family? And will patriarch Grandpa Phil, facing a heart wrenching challenge himself, be able to help them lean on God for answers as they await what lies Around the Bend?
Welcome back to Sandy Cove ~ where hearts and lives intertwine in the dance of life. 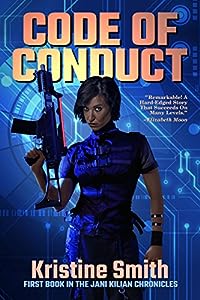 Captain Jani Kilian’s life should have ended in front of a firing squad. Instead, she evaded battlefield justice by dying in a transport crash. End of story, according to official Commonwealth Service records.

But doctors repaired her in secret, using the most advanced Service Medical technologies available, or so they assured her. In the last days of the idomeni civil war, she escaped their homeworld of Shèrá, and spent the next 18 years on the run.

But someone like Jani leaves a trail no matter how hard they try to hide it, and she soon learns the Service hunt for her never ended. When Interior Minister Evan van Reuter, her former lover, tracks her down and begs her help in finding his wife’s killer, she has no choice but to agree.

The search takes her to the Commonwealth capital of Chicago, a hotbed of political intrigue as dangerous as any warzone. As the danger mounts, so do Jani’s struggles. Her rebuilt body is breaking down, and memories long suppressed are flooding back. Of one horrible night 18 years ago, and the gut-wrenching decision that changed her life forever. 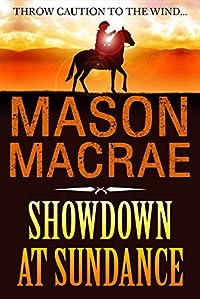 Showdown at Sundance
by Mason Macrae

Dan McCadden is a greedy and unpredictable man, full of violence, bitterness and hatred towards his brother Sam.

Every year, he returns to Three Forks to collect his share of the profits from the Keyhole ranch.

Despite never lifting a finger in the running of the ranch, he still goes away with a hefty sum of profit each year, before leaving town and continuing his good for nothing way of life.

He believes that with wealth and influence behind him, it will be easy for him to lure Sybil Stonor into his clutches.

This will put him in the position of owning the biggest spread and the prettiest girl in Sundance Valley.

He would then incite a war against the nesters, turning the valley into a bloody battlefield.

But without a single ally to his name, can he manipulate his father’s will and the trust of his fellow countrymen?

And just how far will his deranged hatred of his brother take him?

Driven mad by the desire to obliterate his brother and seize control of the land, Dan will stop at nothing in his bloodthirsty quest… 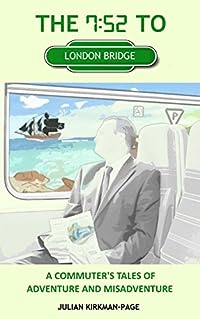 The 7.52 to London Bridge: A commuter’s tales of adventure and misadventure
by Julian Kirkman-Page

THE MYSTERIOUS, MAGICAL AND NOSTALGIC MEMOIRS OF A HARASSED TRAIN COMMUTER

All linked in some bizarre way to the trials of commuting by train, these 14 strange and hilarious tales include a squadron of mallard ducks eating the author’s mother, a mystical run-in with an aggressive rhino, true tales of the supernatural, treasure hunting in a seriously haunted house, a decidedly drunken case of mistaken identity involving the UK Prime Minister, desperation on a ‘homestay’ at Lake Titicaca, and much much more.