We all know why puppies are fantastically cute for one reason… because they pee ALL the time…non-stop. Pee pee pee pee pee. Junebug is only five pounds, but manages to pee about twelve gallons on my floor every ten seconds. I know this will pass, and I keep telling myself she is a baby, but I seriously think my hands are turning yellow. Sometimes I have the horrible feeling the peeing will never end and I panic. I remember feeling that way about my kids when they were babies. It is then that I hand her over to them and tell them they are in charge. It’s a little feeling of payback. It’s a nice feeling. 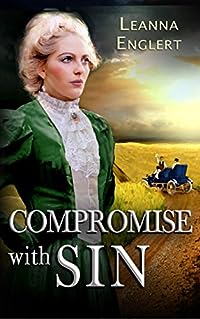 COMPROMISE WITH SIN
by Leanna Englert

She stops at nothing to maintain a veneer of Victorian respectability. But the consequences of infidelity prove far worse than mere exposure. After straying into the arms of Doc Foster and becoming pregnant, small-town civic leader Louise Morrissey faces ruin if anyone — especially her husband — finds out.

When infection steals the eyesight of her newborn baby, Louise knows it is punishment for her sin. What she doesn’t know is that the web of deceit she weaves to safeguard her marriage and reputation will eventually ensnare her husband and daughter with tragic consequences.

Guilt-ridden and seeking redemption, Louise risks revelation of her secrets as she joins Helen Keller, who dares to “speak the unspeakable,” in a grassroots movement to end the blinding scourge known as “babies’ sore eyes.”

In a confessional moment, Louise signs in Helen’s hand: “When you wrote ‘they enslave their children’s children who make compromise with sin,’ you were writing about me.”

A fictional version of real events, the story pits Louise, Helen, and others against society’s taboos as they champion what would become one of the greatest public health triumphs of the twentieth century.

The story is one of romantic love at its most complicated, tragic, and poignant. 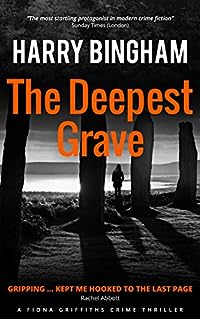 An ancient battle. A dead researcher. And a very modern crime.

It’s been more than a year since Detective Sergeant Fiona Griffiths had any sort of murder case… when all of a sudden, she gets the call. A local archaeologist has been found bloodily murdered. Her head severed from her body. Her eyes apparently fixed on a fragment of Latin text.

The crime seems to summon the ghosts of Dark Age Britain – and the shade of King Arthur.

But why are those ancient enmities alive once again? Why are armed burglars raiding remote country churches? And how many more people will die before these clues are unravelled?

Fiona thinks she knows the answers to these questions… but the crime that underlies them all is so utterly unexpected, so breathtakingly audacious in its execution, that it hasn’t yet been committed.

This book will be perfect for anyone who’s enjoyed the work of Ann Cleeves, Elly Griffiths, or Andrea Camilleri. 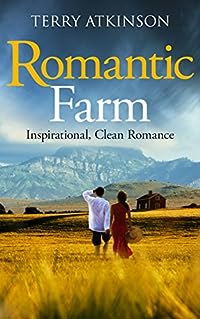 A romantic story about a farm girl finding herself, due to life’s circumstances, caught up in a big city with the man she loves. She yearns for the freedom and space of her earlier years, but seems impossibly trapped in her new life. Can she find a way out to live the life she loves with the man she loves?

Ruth grew up on her family farm but due to tragic circumstances, she had to move to a big city to make her life there. She met the love of her life, Peter and married him. In all respects of her life but one, Ruth was happy and successful.

But the gnawing pain in her heart of the loss she had experienced when she was wrenched out of her idyllic life in the country kept coming back to haunt her quiet moments.
Will this pain come between her and the man she loves so much? 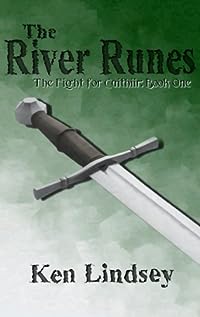 Jonathan is a young man, on the cusp of taking his Master’s place as magician of Third Chapel. Things are better than he ever expected; he’s becoming closer to his father, he is in the midst of a blossoming romance, and his magical abilities are growing every day.

And then an exotic stranger named Bixby finds his way to Third Chapel. The faerie is curious about the people that inhabit Caithiir, the great city that stands so close to the woods, and Mother is not around to stop him from finding out what he can.

Mother, however, has been awakened in Bixby’s absence only to find that one of her own has openly defied her. Jonathan and his Master are determined to protect Bixby, but the cost may be more than they can afford to lose. 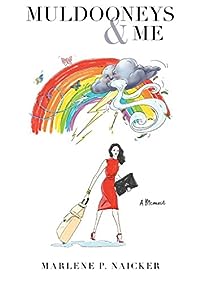 Muldooneys & Me: A Memoir
by Marlene P. Naicker

The transformative powers of life, loss, and fashion combine in the inspirational memoir Muldooneys & Me. As a driven young woman, Marlene P. Naicker strove for greatness by following her heart’s desires. Her relentlessness to keep pushing her own limits — courageously taking that road less traveled — pervaded everything she did, from track and field as a high school athlete to acting in her early twenties and finally the journey of an entrepreneur in a continent that was yet to become home.

She never expected fashion to become her calling, but serendipity — a frequent influence in Marlene’s musings — had other plans. Marlene reminisces about attending a fashion show in Europe, which was the moment Muldooneys was born. She then dives into the innovative and compelling creative journey that followed, which took her all around the world.

The many sources of her inspiration fill this poignant narrative from the real everyday people to icons, Muldooneys, the embodiment of her life and creative experiences; serendipity, an enigmatic force behind the scenes; and kindred spirits in her fashion entrepreneurship journey. The one apparent design flaw? Cancer.

In her signature, unconventional yet authentic style, Marlene narrates her devastating experiences with cancer and the hard lessons learned from her debut in fashion. She skillfully stitches together messages of hope, courage, failure, and self-discovery that echo in the leathers, colors, and designs of her handbags — the fashion line of a life story just begun, yet gone too soon…