The only thing on my mind right now is potatoes and onions. I have been watching YouTube videos on growing potatoes for the past few days and I have to say, it is INVOLVED! I just finished a three part series on growing potatoes, and now I am going to go back and take notes. I have to make sure I get the right combination of soil, and choose the right variety of potato.  Location, location, location. There is always the option of just saving the money, buying my potatoes at the store, and skipping all the trouble. But that’s not what I am going to do am I? 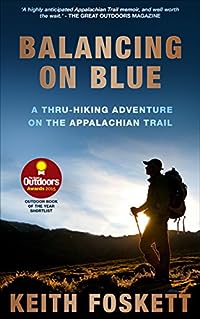 Balancing on Blue: A Thru-Hiking Adventure on the Appalachian Trail
by Mr Keith Foskett

Amazing journeys begin with a single step, but only the dedicated keep walking.

Every year thousands of adventurers attempt to hike all 2,180 miles of the gruelling and unforgiving Appalachian Trail. Around five months later, beaten and bruised, those who finish are known as thru-hikers.

Keith Foskett weaves a true-life tale that’s as thought-provoking as it is entertaining. Accompanied by an array of eclectic characters – including a world-champion juggler, a drug dealer, and a sex-starved builder from Minnesota – he takes the reader on a compelling adventure that pushes the limits of both endurance and imagination.

During his five months living in the woods, Foskett’s psychological apprehensions are stretched to the limit against the wild elements of nature. By turns humorous and harrowing, his journey allows him to overcome his fears while reflecting on the man he’s meant to be. His adventure weaves a route through some of America’s wildest landscapes and history, and is told with insight, humour and reflection.

Perhaps he too will tame the most renowned long-distance hiking trail in the world, and emerge as a thru-hiker. 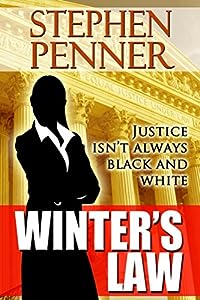 Criminal defense attorney Talon Winter takes on the case of her life–and her client’s.

Michael Jameson is a successful, forty-something, African American husband and father. And he’s just been charged with a 25-year-old cold case murder, a gang-related drug deal gone horribly wrong. Talon agrees to take the case, but the one question she needs answered is the one question Michael refuses to answer: Did he do it?

Michael insists it doesn’t matter. He’s not the same person he was twenty-five years ago. He’s built a new life in the intervening years, and nothing that happens now will bring the victim back. Instead, he poses a far more provocative question: Would the legal system reach back that far to take away everything built up by a successful White man?

Talon must battle the system itself–as well as a condescending prosecutor, reluctant witnesses, and even her own client–to achieve that most elusive of goals: Justice. 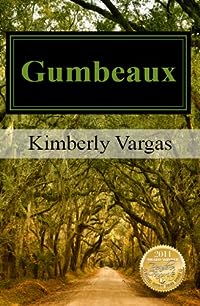 Where do you go when you disappear? For young heiress Mary Fait, the answer is New Orleans. After the death of her parents, she is placed in the care of her alcoholic uncle. For years, she assists her uncle in growing the family empire, all the while plotting his demise and / or her escape. A college scholarship gives her the opportunity to break free of her life to start a new one – under a new name. Follow Mary and her often hilarious misadventures in the early 1990’s while attending college in a small town in Louisiana. The story reads as a series of diary entries which chronicle the thoughts, feelings, and experiences of the main character during this time in her life. The novel’s title refers to a cajun restaurant in which the main character works as a waitress. The colorful descriptions of the town of Bayou Bend, the college, its inhabitants and the surrounding areas paint a vivid and amusing tale of life in the South. 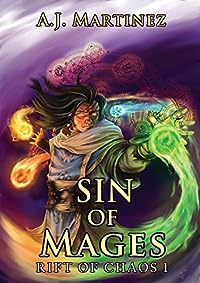 Akielas was once glorified as the most powerful mage ever known. After his apprentices betrayed him he lost everything that he once loved. Akielas sought revenge but when he found out about their malice plot he was filled with remorse for the monsters he created. They were following a destructive path that he left behind so long ago. They now go by the name, Specters, and brought havoc to Odealeous while seeking the remnants of the dragon gods.

Although Akielas was ready to carry the burden all alone, allies from around the world stepped forth and joined his struggle. They fear what would happen if the Specters got their hands on the remnants of the dragon gods. The masked ghouls must be destroy but is Akielas willing to take the life of his own apprentices, his own children. 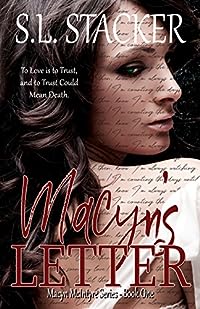 A near-death experience at the hands of her husband would cause any woman to cling to her crippling trust issues and dating phobia, and Macyn McIntyre is no exception. Falling into the lap of a sexy stranger may persuade her to change her mind, but before Macyn realizes what’s happening, a second potential love interest is vying for her affections.

When a threatening letter turns up in her mailbox, Macyn realizes choosing between two guys is the least of her worries. Abduction, violence, and rescue by an elite squad change the course of her life forever. When she seeks revenge on those who hurt her, she has to decide if she can trust the ones who vow they love her.

Will Macyn be able to overcome her past and use their aid in her vendetta, or will she take matters into her own hands?