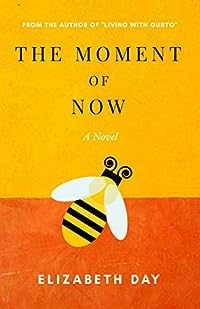 The Moment of Now
by Elizabeth Day

Ben used to tell Ella everything. Now he’s not telling her anything. He can’t, because she won’t understand. Even he doesn’t. All he knows is he can’t keep doing this day after day, pretending everything is okay. He has to go… even though he has no idea where to.

No plan is sometimes an extraordinarily good one.

As Ella’s world unravels, she can’t help but wonder, how did she not see that something was wrong with Ben? And can one lie really undo everything?

The more courageous the question, the louder the heart will respond. 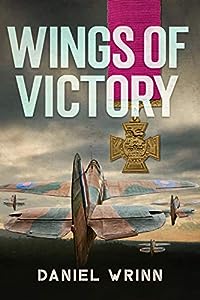 As the Nazis invade Europe on a campaign for total domination, a brutal war begins to unfold which will change the course of the world forever — and John Archer finds himself caught in the middle of it. When this amateur pilot joins the Allied war effort and is tasked with a series of death-defying missions which place him deep into German-occupied territory, his hair-raising adventures will help decide the fate of Europe.

In War Heroes, John is caught up in the devastating Nazi invasion of France while on vacation. Teaming up with ambulance driver Barney, John will need his amateur pilot skills and more than a stroke of luck to pull off the escape of the century.

In Bombs Over Britain, the Nazis have a plan which could change the course of the entire war… unless Archer can stop them. Air-dropped into Belgium on a top-secret mission, Archer must retrieve vital intelligence and make it out alive. But that’s easier said than done when the Gestapo are closing in.

And in Desert Scout, Archer finds himself stranded beneath the scorching Libyan sun and in a race against time to turn the tide of the war in North Africa. But with the Luftwaffe and the desert vying to finish him off, can he make it out alive?

Packed with action and filled to the brim with suspense, these thrilling stories combine classic adventures with a riveting and historical World War II setting, making it ideal for history buffs and casual readers. If you’re a fan of riveting war fiction novels, WW2 aircraft, and the war for the skies, Archer’s next adventure will keep you on the edge of your seat. 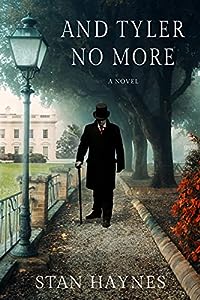 And Tyler No More: A Novel
by Stan Haynes

Kill the president of the United States? How could a rational and law-abiding citizen ever conclude that assassination is an option? What if one death could stop the growth of slavery?

1844. President John Tyler is weeks away from submitting to the Senate a treaty for the annexation of the Republic of Texas into the Union. Slaveholding Texas. A doubling of the amount of enslaved territory in the country. Giving the southern states a majority in the Senate.

Monty Tolliver, a former top aide to an influential senator, is as sane and dutiful as they come. Along with his best friend, Ben Geddis, a naval officer and an abolitionist, they determine to stop Tyler, an unelected president who, in their view, has already committed multiple transgressions.

Filled with the political intrigue of the 1840s and interaction with historical figures, along with a national tragedy and a mysterious death, And Tyler No More explores the battle between morality and legality, between loyalty and betrayal, and confirms that dysfunction in Washington is not a modern American phenomenon. 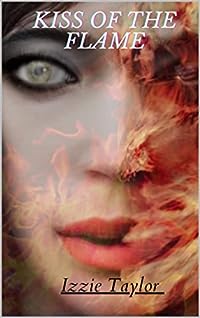 Kiss of the Flame
by Izzie Taylor

Not all secrets stay within the grave. Sometimes lies fester, turning spirits into vengeful phantoms.

This harrowing tale begins with Evangeline Jarrard and the other women in her family, who serve as healers and midwives in their small seaside community. Unfortunately, this noble calling comes at a grave personal risk as each of the Jarrard ladies become entangled in a web of deceit mistakenly believed to be for the greater good.

Sebastian Debalore, a young doctor haunted by his past, finds himself forced into an engagement with Miss Evangeline by a tyrannical father. But just as their love begins to bloom, things quickly sour between Evangeline and Sebastian as long-held secrets from both the living and the dead become known.

Once these skeletons are unearthed, there is no going back. Neighbors begin to turn on one another. Hurling accusations of witchcraft that destine many of the Jarrard women to terrible endings. Some of them by drowning, others by rope, and the most unfortunate ones by fire. 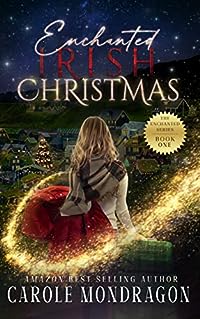 A Fairy-Charmed Romance of Magical Fantasy in Christmas Card Ireland.

It’s not often the worlds of fae and humans overlap and Niamh O’Hare doesn’t believe in the Fae, or fate for that matter. Yet, one wintry morning just before Christmas, the mists of Ireland part to reveal an enchanted village where destiny waits and the Fae call her name.