Let me tell you just how I am feeling this morning (I always do) and for once I am not freaked out by a nightmare about clowns or sharks. Although I did have a nightmare last night with actor Vincent D’Onofrio trying to get me to eat at a fast-food restaurant. For some reason I really didn’t want to go and it was making me pretty upset. If this had been real life though I would have told him to point the Mcway and said Mcthank you. Don’t get me wrong. Fast-food restaurants have their place and no family vacation would last more than 1 day without them, but if I am close to home I would rather eat at home. I get the feeling Vincent D’Onofrio eats pretty well himself and wouldn’t push anyone to eat what they didn’t want to. He seems nice like that. Well now I have rambled on and on. I will tell you later what I am so excited about. 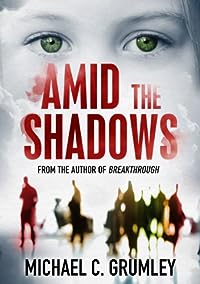 Amid the Shadows
by Michael C. Grumley

One of the most stunning abilities mankind will ever know… has just been born into the eyes of a six-year-old girl. For one very special reason.

Something is about to happen. Something unstoppable. And something terrible. An event that will do more than just change human history… it may actually end it.

But mankind has a secret.

A little girl named Sarah. Afraid and alone, and under the care of a young, inexperienced social worker. A young woman who is about to sacrifice everything just to keep Sarah alive.

Because there is much more to little Sarah than meets the eye.

* Note to reader – similar to books by Dan Brown and James Rollins, this story contains a strong religious undertone. 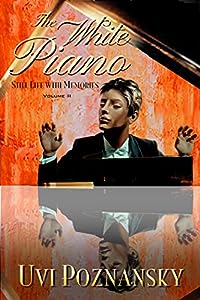 Coming back to his childhood home after years of absence, Ben is unprepared for the secret, which is now revealed to him: his mother, Natasha, who used to be a brilliant pianist, is losing herself to mysterious disease, which turns the way her mind works into a riddle. His father’s new wife, Anita, looks remarkably similar to her — only much younger. Feeling isolated, being apart from love, how will Ben react to these marital affairs, when it is so tempting to resort to blame and guilt? “In our family, forgiveness is something you pray for, something you yearn to receive — but so seldom do you give it to others.”

Behind his father’s back, Ben and Anita find themselves increasingly drawn to each other. They take turns using an old tape recorder to express their most intimate thoughts, not realizing at first that their voices — his eloquent speech, her slang — are being caught by his father. What emerges in this family is a struggle, a desperate, daring struggle to find a path out of conflicts, out of isolation, from guilt to forgiveness.

Dealing with the challenging prospects of the marriage of opposites, this book can be read as a standalone novel as well as part of one of family sagas best sellers. Still Life with Memories is a family saga series tinged with family saga romance, fraught with marital issues, and riddled with the difficulty of connecting fathers and sons. 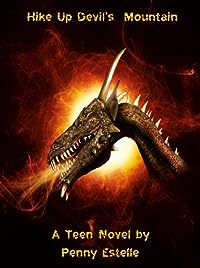 Ten-year old Andy Thompson disobeys his mother and sneaks into the basement of an old abandoned house that’s due for demolition. He stumbles upon a mysterious box under an old cabinet. And his troubles begin when he looks inside.

The Crew brothers, twelve-year old Jason, and ten-year old Danny, also find their way to the basement. New to town, Jason has established himself as the school bully. A struggle ensues between Andy and Jason and the bully ends up as a toad.

Somehow, the boys must reverse the magical spell. And that means hiking up the dread mountain: fast pace, fast action and just a few scares and surprises on the way! The lives of all three boys seem destined to change forever, if they survive… 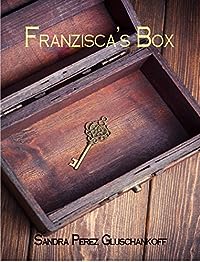 Mystery, betrayal, murder, and passionate love were things Sofia Lazar only experienced as a movie producer. All of that changed after her grandmother’s sudden death when she comes face to face with an unwanted revelation contained in a tattered box. The meager contents of the box take her back to her childhood and the fantastic bedtime stories that Abuela, her grandmother, used to tell her of a heroic warrior girl named Franzisca. Now, two decades later, fragments of Franzisca’s stories creep back into Sofia’s life, tying Franzisca and her grandmother to an unknown past. With the memories of her childhood bedtime stories to guide her, Sofia sets out to piece together her grandmother’s mysterious history, leading her to discover the truth behind her life.

Set against the backdrop of World War II Romania, the immigration of Nazi criminals into South America, the later years of the Military Regime in Argentina during the 1980s, and present-day California, Franzisca’s Box is a story of war that ultimately affects three generations of women who will never find peace until they call for a ceasefire in their own wars and surrender to forgiveness and love. 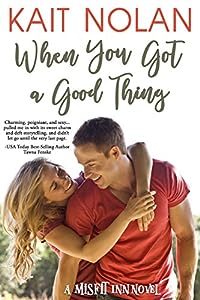 When You Got A Good Thing (The Misfit Inn Book 1)
by Kait Nolan, The Forge Book Finishing

She thought she could never go home again. Kennedy Reynolds has spent the past decade traveling the world as a free spirit. She never looks back at the past, the place, or the love she left behind — until her adopted mother’s unexpected death forces her home to Eden’s Ridge, Tennessee.

Deputy Xander Kincaid has never forgotten his first love. He’s spent ten long years waiting for the chance to make up for one bone-headed mistake that sent her running. Now that she’s finally home, he wants to give her so much more than just an apology.

Kennedy finds an unexpected ally in Xander, as she struggles to mend fences with her sisters and to care for the foster child her mother left behind. Falling back into his arms is beyond tempting, but accepting his support is dangerous. He can never know the truth about why she really left. Will Kennedy be able to bury the past and carve out her place in the Ridge, or will her secret destroy her second chance?