A Brick Will Do

I took little Junebug in to get another one of her very important vaccines. She is a bit behind because, after only having her a month, she needed major surgery that basically cancelled Christmas for the next five years (not really, but I like to be dramatic). So now we are getting her back on track by scheduling her vaccines two or three weeks apart until she is all caught up. They only want to do one at a time because she is so small and fragile. I’m not too sure about the fragile part. Lately she has been taking down the 18 pound cat and 40 pound dog with the speed and efficiency of a true hunter. I know they are partially letting her, but seriously…only partly. So when the vet brought her back to me from getting her shot, she informed me that she needed surgery to get her baby teeth pulled. Now, I like to think I am a good person. A reasonable, and nice person who is not prone to violence, use of bad words, or fits of rage and hissy fits, but at that moment I almost lost it. I didn’t. The vet is super nice and I really like her, so I smiled, listened to what she said and told her I would get back to her. Currently Junebug is gnawing on a brick. Lets just leave her with that for a few minutes. 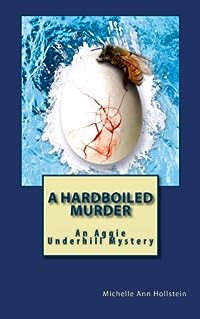 The body of a film star crashes upon the roof of a moving tramcar, a mystery author is discovered hardboiled and bobbing in a hot tub, a home is ransacked, and two grandmothers are battling.

With bleached blonde hair, an English accent, a brand spanking new red-hot turbo machine, and an oversized pocketbook to match every outfit, Aggie’s sure to stick her nose into everyone’s business. But is Aggie over her head when the clues she unearths hit a little too close to home?

Join Aggie in another fun-filled Palm Springs mystery. Who knew the desert could be so much fun? 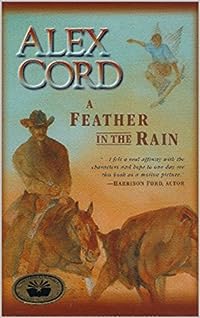 A Feather in the Rain: A Texan Western
by Alex Cord

“I thoroughly enjoyed reading A Feather in the Rain. I felt a real affinity with the characters and hope to one day see this book as a motion picture.”

Alex Cord has starred in more than 30 movies and 300 television shows, often portraying men of grit and toughness. As a boy, he was stricken with polio and confined to a hospital. As a young man, he made a living as a professional bull rider on the rodeo circuit, once landing in a pile of broken bones that led to another lengthy stay in a hospital. Nothing, however, could prepare him to deal with the tragic loss of his son Damien Zachary.

“I went into a major depression,” explains Cord. “Nothing in my life seemed to have any value, any purpose.” He says he pulled the covers over his head, both literally and figuratively, unable to deal with the heartache. “I came to understand the weight of the phrase,… died of a broken heart.” He dragged himself out of bed one day, determined to write down his memories of Zach. But what began as a cathartic writing exercise soon blossomed into full-blown novel, A Feather in the Rain.

The story begins by telling of Jesse Burrell, a Texas rancher and horseman who had buried his son. Disconsolate, Jesse’s love and lust for life went fallow. Determined to never again experience the heartache of loss, this trail-hardened cowboy chose a self-imposed lonely and celibate existence. With great effort, he managed to struggle through the motions of his life, running a ranch and occasionally winning awards in cutting horse competitions (although the ultimate dream of a Futurity championship eluded him.) That was how his life was, and that was how it seemed destined to remain.

Then through a chance encounter, he meets a beautiful young woman, her own heart shattered by the death of her brother. They immediately see in each other a kindred spirit. Their explosive love affair will set readers’ hearts ablaze with empathy and passion.

“Of course, I know where the initial idea for the story came from,” confesses Cord, “but a lot of it? Well, the story just took on a life of its own.” Cord is a private man, not given to explaining where the line is that divides fiction from fact in his latest book. 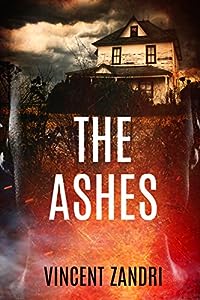 The Ashes (The Rebecca Underhill Trilogy Book 2)
by Vincent Zandri

“DON’T GO DOWN INTO THE CELLAR, MOMMY… ”

HORROR IN THE WOODS
It’s been eight years since artist and single mom, Rebecca Underhill, was abducted.
Abducted and left to die in an old broken down house located in the middle of the dark woods. But even if her abductor, Joseph William Whalen, has since been killed, another, more insidious evil is once more out to get her in the form of the Skinner. The son of an abusive butcher, Skinner intends on finishing the job Whalen started but failed at.

How is he going to get to Rebecca?

He’s going to do it through her children, by luring them into the cornfield behind the old farmhouse they live in.

HORROR IN THE DEPTHS
Now, armed with the knowledge that the Skinner has escaped incarceration at a downstate facility for the criminally insane, Rebecca must face the most horrifying challenge of her adult life: Rescuing the children not from a house in the woods, but from the abandoned tunnels that run underneath her property.

But the Skinner is watching Rebecca’s every move.

Horrifying question is, will she live long enough to save the children? 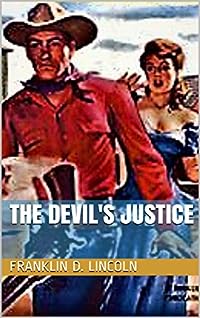 VENGEANCE IS THE DEVIL’S JUSTICE!

When Jace Carlin’s family is killed by drunken marauders, he goes on a quest for vengeance until he settles the score. With his mission complete, he finds no satisfaction in what he has done. His family is still gone. He is alone and haunted by the violence and killing he has left behind him. 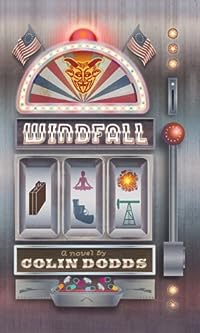 From a writer “whose novels continue to reveal that he is likely to become one of our premiere writers,” (Literary Aficionado) comes a thriller about the second American civil war, alternative energy and demonic possession. A semi-finalist for the Horatio Nelson Fiction Prize, with more than 100 four- and 5-star reviews on Amazon and Goodreads, WINDFALL is the story of Seth Tatton, a corporate attorney with a side job – killing people for a cabal of politicians, magnates and military leaders. And even in his secret life, things aren’t what they seem, because there’s something inside him, something with big plans. But when Seth is assigned to watch a troubled young woman, all of those plans start to fall apart…