My dream of getting a puppy have now been officially squashed. Which makes it a particularly dangerous time, because when you are not looking for something is exactly when you find it. The situation has changed though. After years of nagging hubby for a trip to Disneyland, my dream had come true! The plane tickets are bought! There is no turning back now. The trip isnt until May, so I have a long time before we actually go, but it is quite exciting. This of of course means there is no way we can get a little buddy for Junebug. It took me forever to house train that little angel, so I don’t think I could have another puppy trained by the time May rolls around. Now, not only has me desire for a puppy completely gone, I really really don’t want a puppy. Of course this means puppies are going to be throwing themselves at me. They will be knocking on my door with a hundred dollars taped to their collar, they will be free and starving, I will find them mysteriously showing up in my backyard with the magic ability to make flowers grow. I have no clue, but there will be something about them that will make them irresistible. I must be strong. FIGHT THE CUTE!!! 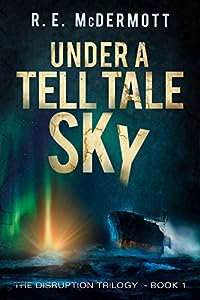 Under a Tell-Tale Sky: After the EMP (Disruption Trilogy Book 1)
by R.E. McDermott

A Desperate Journey In a World Gone Insane

When an EMP produced by a massive solar flare fries the electrical grid, Captain Jordan Hughes’ problems are just starting. Stranded far from home with a now-priceless cargo of fuel and a restless crew, Hughes weighs his options as violence worsens ashore and the world crumbles around the secure haven of his ship, the Pecos Trader.

‘Wait and see,’ isn’t an option. Hughes must get his ship and crew home — but FEMA arrives with other plans.

Resisting an increasingly corrupt and self-serving federal bureaucracy, Hughes leads a hastily formed and ragtag little band of sailors, preppers, and dissident military personnel on a desperate voyage to reunite them all with home and family – only to find their real journey is just beginning. 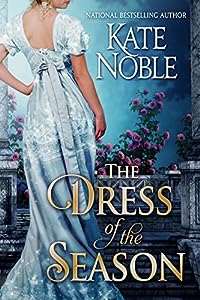 The Dress of the Season
by Kate Noble

Harris Dane, Viscount Osterley, orders a very fine and scandalously cut dress to be made for a certain lady he wishes to woo. While with the dress designer, he also orders a pair of gloves to be sent to his ward, Miss Felicity Grove, to wish her well for the new Season. But when Felicity accidentally receives the dress, along with Osterley’s affectionate note, it sets into motion a tale of scandalous misunderstandings and love in the last place you look. 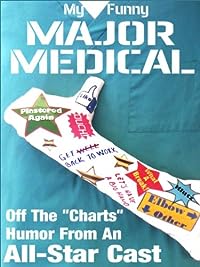 Laughter might be the best medicine, but it’s not covered by Medicare. So this little book provides a low-cost, over-the-counter dosage to cheer up (and/or terrify) those who find themselves on the wrong end of health maintenance. (Whichever the “wrong end” might be.) Some of the funniest humor writers on the scene today share their stories, jokes, therapeutic venting, and scans of the process of Getting Better–including some medical personnel who didn’t realize they were being funny.
Contributors include columnists, comedians, authors, TV writers, and people with unauthorized access to hospital files.
This inexpensive, pocket-sized book is a time-released “get well card” for the ailing and afflicted, an inside chuckle for medical professionals, and a collection of healing fun for those who aren’t under care at the moment.

Contents include:
–Previews of Coming Contractions
–My Hysterical-Ectomy
–Sometimes It Is Brain Surgery
–Waiting for Dr. Godot
–The Missing Vagina Monologues
–The Patients of Job
–The Ma’am-O-Gram
–Hip Op Album
–When Make-A-Wish Goes Bad
–Specialists’ Opinion on ObamaCare
–Confessions of a Candy Striper

A great collection of laughs for anybody associated with Medicine from any perspective, these fine writers and hilarious bloopers will have you in stitches… if you aren’t already. 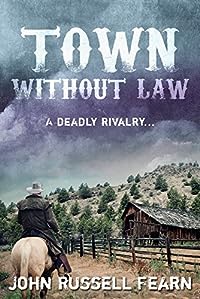 Gold Point, a festering town in the West, is completely in the power of local tyrant Sherman Hall.

With no governing authority, Hall is free to set the law as he pleases, and the law of the gun is the only one he rules by.

Rex M’Clyde, an honest man, grew up in Gold Point, alongside Sherman Hall.

But Hall views him as a threat.

In an attempt to rid Gold Point of M’Clyde once and for all, Hall frames him for a murder he didn’t commit.

With the lawyers under Hall’s command, M’Clyde stands no chance and quickly finds himself cast out into the desert without food or water.

All but dead, M’Clyde is rescued by fellow exile Seth Pardoe.

Pardoe, a loner himself, sees that M’Clyde is a decent man and discloses the secret location of vast gold deposits in the mountains.

With neither of them willing to return to Gold Point, they embark upon building a town with their new found wealth – a clean town that attracts decent men and women, like Clem Atkinson and his beautiful daughter, Louise.

As word spreads of M’Clyde and Pardoe’s new town, Hall sets out to destroy it in every way possible.

Brutal assaults launched on the new town bring it to the point of destruction, but M’Clyde will not be defeated and he patiently awaits each new attack, outwitting Hall at every turn.

As time goes on and the brutality of Hall’s attacks continue, M’Clyde must fight to save the thing that means everything to him.

Town Without Law is an enthralling story of justice and revenge. 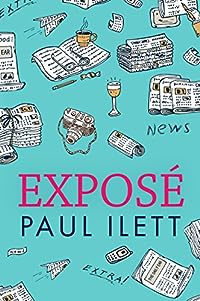 But actor Adam Jaymes has a lifetime of grudges against Valerie and her colleagues at The Daily Ear newspaper, and decides it’s time they had a taste of their own medicine.

After all, reporters have secrets too.

Valerie is about to find her own scandalous private life splashed across the front pages as she is forced into a very public reunion with faces from her past.

Touching on dozens of real-life scandals, EXPOSÉ is a hilarious page-turner that will keep you guessing who at The Daily Ear is on Adam Jaymes’ hit list and what deep, dark secrets is he going to expose.