Sometimes Happily Ever After Has To Wait

If you like magic, adventure, fairy tales, and royal intrigue, then you’ll love this epic series with its unique magic system, detailed world, and compelling characters. Fall in love with Ravanmark today! This book series will not disappoint, and once you start reading you will not be able to stop until you have finished the entire series. Enjoy! 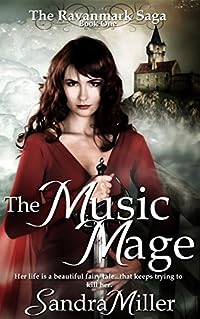 The Music Mage: Book One of the Ravanmark Saga
by Sandra Miller

A romantic fairy tale… with teeth

When newly-unemployed music teacher Alannys Gale lands in Ravanmark, it seems to be the answer to her prayers. Ravanmark is a fantasy world where music is magic, the gods are the Greek Muses, an ancient sword of fabled power awaits a legendary hero… and the man of her dreams awaits her. It’s like a beautiful fairy tale.

But it keeps trying to kill her. 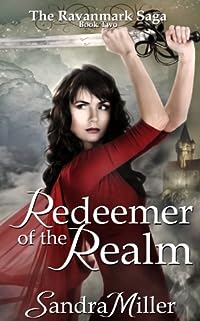 Redeemer of the Realm: Book Two of the Ravanmark Saga
by Sandra Miller

Danger closes on every side,
And the world awaits a legendary hero…
Just when Alannys thought she had earned a little peace at the Great Palace, Lord Malrec and his Dark Alliance stormed Dorramon’s coronation and declared war on the new king. She’s known for a while that Dorramon has some bad news for her, but she’s unprepared for just how bad.

But it’s the midnight attempt on her life that spurs her to action–Ravanmark is imploding around her, and she can’t just sit and watch it happen.

She knows she caused it, after all.

And what of the prophesied savior, the legendary Redeemer? Time is growing short, and the songs of the Redeemer have yet to be found. Alannys will have to take her fight for Ravanmark’s future across the country on her own, while Lord Malrec continues his work on the magical device that will enable him to safely hold her prisoner, and use her as a weapon to destroy the king she loves. 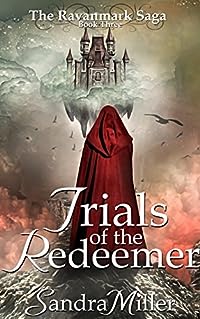 Trials of the Redeemer: Book Three of the Ravanmark Saga
by Sandra Miller

While Ravanmark buckles down for civil war with the Dark Alliance and their supporters, King Dorramon has been playing a dangerous game with Cadenda, refusing to hear their requests to honor his engagement to their princess, buying time for his forbidden love with Alannys. With international war threatening, tensions are high and fuses are short.

Alannys is traveling the country with the itinerant Singari, continuing her mission to build support for Dorramon and promote public acceptance of the Talents. After a deadly journey through Eversnow Pass, they come down on the other side of the Cloudytop Mountains into Orinthal Holding–only to find the real trials have just begun. 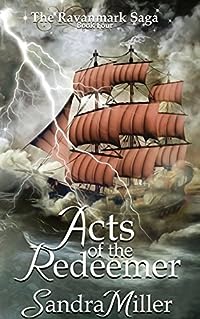 Acts of the Redeemer: Book Four of the Ravanmark Saga
by Sandra Miller

With the death of the evil Lord Malrec, Alannys and her friends have turned the tide of civil war in Ravanmark in their favor. And yet, there is no time to relax. The rest of the Dark Alliance continues to fight. Cadenda comes calling, bringing the promise of war to enforce King Dorramon’s engagement. And from the shadows, an even larger threat emerges. Strange, inflammatory rhetoric sweeps the nation, and even the stalwart Royal Guard can no longer be trusted.

But how can Alannys defend herself against a menace she can’t even see?

As the movement to ‘take the power of the few to the many’ continues to grow, and opposition to her swells stronger than ever, Alannys turns to the one thing that can prove her beyond a doubt — or destroy her beyond any recovery — the Acts of the Redeemer. But before she can perform them, she has to cross Ravanmark and the sea to reach Mount Mouseion..and it looks like the journey itself might kill her.