Sing Me A Tune

I thought for sure all this rain and wind would keep our Elf on the Shelf at Santa’s Workshop today. I woke up this morning and I thought a fan was on in the room. It was actually the sound of the loudest and hardest rain I have ever heard. Crazy! I usually don’t worry too much about rain, but it was coming down really hard. I wondered if the roof could hold or if there was a lot of damage being done in the yard. Then occurred to me that the rain is so crazy out there, that maybe our elf couldn’t make it back from the North Pole last night. I hopped out of bed with a spring in my step. I was filled with joyous energy. My first thought was to drink alcohol and curse. Maybe sing a dirty sea shanty. OH MAN! So many fun plans. Then I walked into the living room and found the elf sitting on the cabinet… smiling. ERG! No booze and sea shanties again today.

A notorious gang puts a bounty on Detective Cady Matthews’s head after she takes down their leader, leaving her no choice but to hide until she can testify at trial. But her temporary home across the country on a remote North Carolina island isn’t as peaceful as she initially thinks.

Living under the new identity of Cassidy Livingston, she struggles to keep her investigative skills tucked away, especially after a body washes ashore. When local police bungle the murder investigation, she can’t resist stepping in. But Cassidy is supposed to be keeping a low profile. One wrong move could lead to both her discovery and her demise.

Can she bring justice to the island… or will the hidden currents surrounding her pull her under for good?

***Hidden Currents is the first book in the six-book Lantern Beach Mystery series. Each book contains a standalone mystery, but there are overarching mysteries within the entire series.*** 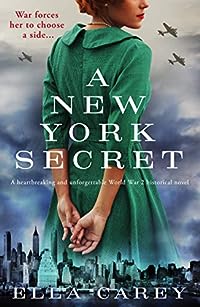 She looked at the telegram in horror, the words blurring in front of her eyes. She dropped to her knees, feeling that her entire world was ending. The paper slipped from her hands as she put her head in hands, sobs wracking her chest…

1942, New York. As war rages in Europe, Lily Rose is grateful for her perfect life: the love of her wealthy uptown parents in their beautiful brownstone overlooking the park and her dream job as a chef at one of New York’s finest restaurants, the art deco dream that is Valentino’s. But in her heart, Lily is drawn towards the bohemian Sicilian community in Greenwich Village, where gorgeous fresh fruit spills onto the pavement and the smell of freshly baked cannoli tempt her inside every Italian deli.

Part of the attraction is Tom Morelli, talented chef at Valentino’s and handsome grandson of Sicilian immigrants, whose deep brown eyes call to her and set her heart on fire. As wartime rationing bites in the city, Lily and Tom stay up late, dreaming up delicious meals that will see Valentino’s through the war and distract New Yorkers from the threat of sons and sweethearts being called up. Lily knows he has found the key to her heart.

Then Tom receives a devastating summons that changes everything: he is drafted to Italy. He must return to his beautiful homeland to fight a desperate war.

Suddenly alone, with only the memory of Tom’s last kiss, Lily turns to her parents for support. But when her mother finds out about her relationship, she is furious. When the war ends, Lily’s duty is to marry the man picked for her, raise children and never work again. They give her a heartbreaking ultimatum: end her relationship with Tom and give up her job or lose her family and inheritance forever.

Lily knows she must follow her heart to Valentino’s and to Tom. But when Tom is declared missing in action, Lily is totally heartbroken. If she pursues her dreams, will there be anything left for her when the war is over?

From top-ten bestseller Ella Carey comes an utterly heartbreaking historical novel, inspired by true events, about the courage, love and friendships that sustain us in the darkest of days. Fans of Fiona Davis, Rhys Bowen and The Nightingale will be captivated.

This novel can be enjoyed as a standalone. 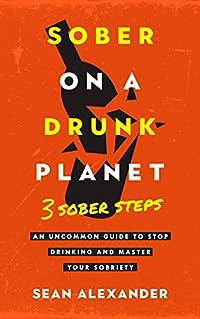 Sober On A Drunk Planet: 3 Sober Steps. An Uncommon Guide To Stop Drinking and Master Your Sobriety (Quit lit series)
by Sean Alexander

How many times have you told yourself, “never again”? If it’s more than you can remember, then keep reading…
Maybe you’ve been stuck in a negative feedback loop of drink > hangover > regret > repeat and have had enough of the damaging effects of alcohol.

Maybe your hangovers last longer than 24 hours, and you want to start living an extraordinary life with more time, more energy and more money to do what you really want – instead of being hungover and unhappy.

In Sober On A Drunk Planet – 3 Sober Steps, you will be guided through uncommon steps to help you quit drinking and master your sobriety. You will move from being someone who talks about quitting to someone who actually puts the work in to stop drinking alcohol.

Even if you have been sober for some time, you will learn life-changing tools and processes that will help you to become more self-aware while motivating you to take action in other areas of your life.

Sean Alexander provides powerful insights from his time in rehab, working the twelve-step program, and his professional experience gained as a qualified therapist, strength coach and from running the SOADP community.

In 3 Sober Steps, you will discover:

You will also get access to Bonus Material that will help you in your sobriety journey, including a 10-minute guided self-awareness meditation, podcasts and access to the SOADP community.

If you want to join the millions of people enjoying an extraordinary life alcohol-free, with no hangovers and no regrets, grab yourself a copy of Sober On A Drunk Planet 3 Sober Steps Today. 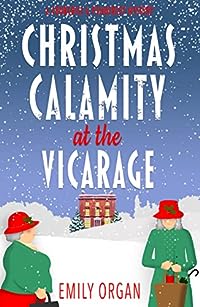 The Vicarage Christmas Party has gone horribly wrong. The mince pies have been finished off. And so has the village choirmaster.

Senior sleuths Churchill and Pemberley are enjoying sherry and festive cheer at Compton Poppleford’s big event of the season, but their fun is ruined when the choirmaster is found dead in the parlour.

Which of the vicar’s guests could possibly commit murder at Christmas time? With everyone detained at the vicarage, Churchill and Pemberley find themselves in all the wrong places at all the wrong times. Their wayward, four-legged assistant isn’t helping matters either. Inspector Mappin is certain they’re his suspects and the vicar is convinced too.

How can the two old ladies prove their innocence? With the net closing in, the detective duo must find the culprit to avoid spending Christmas in the police cells… 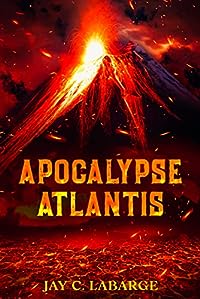 A mysterious civilization lost to time, a discovery that defies accepted archaeological dogma, and a plot to reawaken the darkest chapter of mankind…

It’s 1646 BC, and Atlantis, the jewel of the ancient world, faces oblivion. A cataclysm is brewing – one which will wash over an empire at the very height of its power and shroud it in mystery forever. A resolute general is tasked with unravelling the gods’ ominous warnings, but nature is about to unleash devastation that will ripple across millennia. Perhaps even crushing the nascent concept of democracy, before it can ever be born.

Famed archaeologist Nick LaBounty is no stranger to ancient myths – and when he’s recruited to help uncover the remains of an ancient wreck off the coast of Greece, he jumps at the chance. But he quickly finds himself catapulted into a sinister scheme revolving around dark mysteries from the ancient world and recent past. Both with terrible consequences.

Facing off against a shadowy aristocrat who dreams of rekindling history’s bloodiest regime, Nick fights to solve the legend of Atlantis and prevent history from repeating itself. Unable to tell friend from foe and crossing paths with the world’s preeminent secret service organization, he’s dragged into in a deadly web of deceit and subterfuge that has life-threatening consequences. The ghosts of the past are about to awaken, and Nick’s next moves could decide the fate of nations… 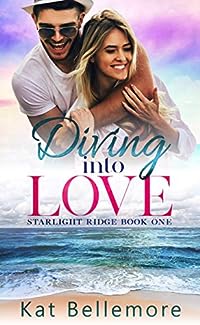 She already left one fiancé. She didn’t need another.

When Bree Garrett’s former college roommate invites Bree to move to Starlight Ridge, a small tourist town on the Californian coast, she is all too happy to leave the deserts of New Mexico and the memories of her former life. She only has three conditions:

One- No one can find out about her fear of water — totally embarrassing when you live next to the ocean.

Two- No seafood. She can’t stomach it. Yeah, she sees the irony of points number one and two.

Three- No blind dates. The last thing she needs is a relationship. Her ex-fiancé would agree.

Easier said than done when the only job available is at a surf shop and the owner, Caleb, is under the impression that Bree has applied to be a scuba instructor, and not a cashier, as she had intended.

Bree tries to clear up the misunderstanding, but it’s hard when she seems to lose her voice — and her breath — every time Caleb is near. How could she not when he happens to be attractive, single and, as it turns out, also doesn’t like seafood?

Bree and Caleb struggle against the pull of the tide that seems determined to bring them together. But, despite their differences, maybe this is one battle that is okay to lose.

Diving into Love is the first book in the Starlight Ridge romance series. If you can’t get enough of witty banter, moonlit strolls on the beach, and swoon-worthy kisses, you’ll love this sweet romance.