I was just telling you all yesterday that it was odd that I hadn’t done any Christmas shopping yet this year. Usually by now I am slipping into every conversation I have with anyone, that I had already finished all of my Christmas gift buying. This year I just haven’t been motivated to do it. That is until hubby told me we need to really watch our spending this week. All of the sudden I was INSPIRED! All the best gift ideas started flooding in. What is wrong with me? As soon as I am told I can’t do something, I rebel. You could tell me not to stub my toe on that bed frame, and two seconds later I will be grabbing my jammed toe and questioning my life choices.  Well FINE! The list is made. Thankfully there is nothing on the list that will run out in the next few weeks, so I have no reason to panic. I am sure I will think of a reason to panic, but for now I am cool. 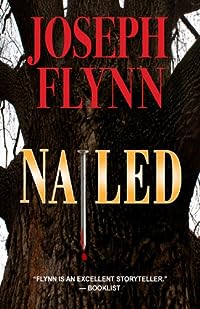 Ron Ketchum saw his share of the dark side of life as a cop in Los Angeles. Then he left L.A. to become the chief of police in the Sierra Nevada resort town of Goldstrike. One sunny morning in the mountains, though, he comes upon a crime unlike anything he’s ever seen before.

He finds the body of an African American man nailed to a tree.

The victim is a highly respected minister, and his father is the nationally known televangelist Jimmy Thunder. Ron, on the other hand, has described himself in court as a recovering bigot.

Goldstrike’s mayor for life and movie icon, Clay Steadman, wants Ron to catch the killer fast. Adding to the pressure, the victim’s grandmother comes to town. She tells the media mob that has descended on Goldstrike that God will curse the town until the killer is caught.

That’s when a rogue mountain lion begins attacking people. At first, the attacks happen on the wilderness outskirts of Goldstrike. Then the predator moves into town, leaping a fence into a family’s backyard. Finally, it turns the tables on one of the hunters sent out to bring it down.

Looking for a killer, hunting a lion and defending his own integrity — makes being a cop in L.A. seem like the good old days. 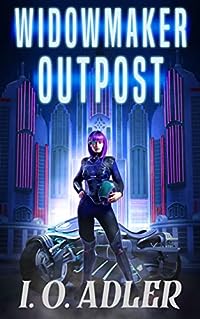 A remote outpost in the savage wastes goes dark.

When the ruling corporations of Earth’s last free city cover up the incident, Dawn Moriti is hired to discover the fate of a lost researcher.

Her client is her sister, a genetically engineered soldier who threatened to kill her if they ever ran into each other again. The missing researcher? Their kid brother Pascal.

Together, they will have to set aside their differences and navigate the tangled web of a corrupt corporation with a private military.

Dawn soon learns the research station has stumbled upon a secret someone in New Pacific is willing to kill to protect.

Between death squads, shady cops, and her lethal sister, finding Pascal may cost her everything.

If you like electrifying action and captivating characters surviving a ruthless post-apocalyptic world, you’ll love this novel.

All he wants for Christmas… is an answer

Finn Knightly a.k.a. Finn Conrad wants to know why his recently deceased father left his nurse fifty thousand dollars after knowing her a mere six weeks. So he travels to Bramble House B&B in Marietta, Montana to find answers.

But Willa Fairchild is not the conniving woman he expects to find. Before he knows it, Willa-and her six-year-old son Scout-are stealing his heart. And that’s before he finds out Scout’s secret and the real reason this Christmas is so important.

Haunting Truths We Must Never Forget.

This is a collection of stories from:

• WW1: Tales from the Trenches

• WW2: Snipers, Spies and Tales of the World at War

Follow in the footsteps of the British, German and American servicemen as they detail the life and struggles of war in mysterious and foreign countries. Uncover their mesmerizing, realistic stories of combat, courage, and distress in readable and balanced stories told from the front lines.

This book brings you firsthand accounts of combat and brotherhood, of captivity and redemption, and the aftermath of a war that left no community unscathed in the world. These stories have everything from spies and snipers to submarines and air raids. A great book for anyone who wants to learn what it was like during the world war conflicts between 1914-1945. 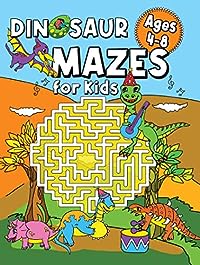 Created by certified teachers, this dinosaur-themed activity book will help your little one(s) develop important educational skills while having tons of fun!

In this engaging maze and dot-to-dot activity book, your kids will be excited to head out on a Jurassic adventure with 7 cute dinosaur characters. They will challenge their problem-solving skills as they lead each dinosaur through mazes (set amidst scenes of Jurassic wilderness) in search of hidden clue words. They will need to avoid dangers such as erupting volcanoes as well as the ever-present ravenous raptors. The dot-to-dots will allow them to develop their fine motor skills as well as allow for some fun coloring once completed. Parents and caregivers are also encouraged to join in alongside their little one(s) in the bonus raptor-themed adult versus child maze challenges.